Healing is wholeness.  It encompasses our whole essence — physical, emotional, mental and spiritual.  All healing comes from within and can be initiated from an outside source, which serves to set the healing process in motion.  This outside source can appear in many forms, including; Sound, Sense of Touch, and Sense of Sight.  No matter which source you use in your own healing, it is all Energy. Chakra is a Sanskrit word meaning “wheel”.  A chakra is like a vortex:  a constantly revolving wheel of energy.  These vortexes connect the subtle bodies and act as transducers for life-force energy.

The chakras distribute the life force through the physical and subtle bodies.  They are the source of physical, emotional, mental and spiritual energy.

Traditionally, there are seven major chakras associated with the physical body.  They are aligned with the spine and located in the base of the spine, the lower abdomen (sacral), the solar plexus, the heart, the throat, the center of the forehead (third eye), and the crown of the head.

When our chakras are blocked, or not in balance, the free flow of energy is impeded, leading to physical, emotional, mental or spiritual dis-ease.  When the chakras are unblocked and free-flowing, however, we enjoy optimum health.

Each chakra is associated with specific colors and crystals, and governs different aspects of human emotion and behavior.  Using gemstones with the chakras can have a great healing effect.  Wearing 7 Chakra Jewelry is an excellent way of balancing your chakras and bringing them into alignment.  Or you can wear healing jewelry that targets specific chakras on their own. 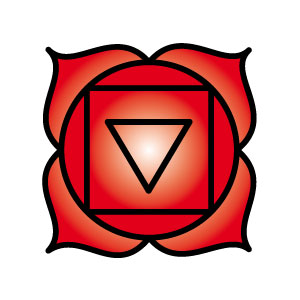 The first primary chakra is the base chakra, also known as the root chakra.

The base chakra is located at the base of the spine.  The colors associated with the base chakra are red, representing passion for life, or black, signifying stability or grounding.

The base chakra controls our “grounding” to the earth and is associated with all our survival instincts and self-preservation.  Relates also to the physical body, individuality, stability and security. 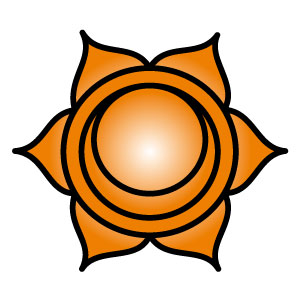 The second primary chakra is the sacral chakra.

Governed by the gonads, the sacral chakra looks after our pelvic girdle, reproductive organs, kidneys, bladder and all body liquids.

The sacral chakra is associated with our relationships with others, our ability in giving and receiving, sexual / passionate love, and our creativity. 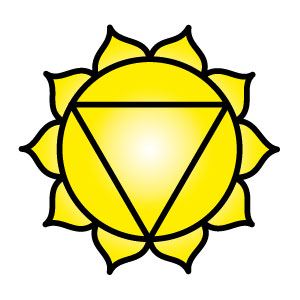 The third primary chakra is the solar plexus chakra.

Governed by the pancreas, the solar plexus chakra looks after our lower back, abdomen, digestive system, stomach, liver, spleen, gallbladder and nervous system.

The solar plexus chakra is our emotional center.  It aids in control of the “digestion of life”, thus the power and control over our lives. 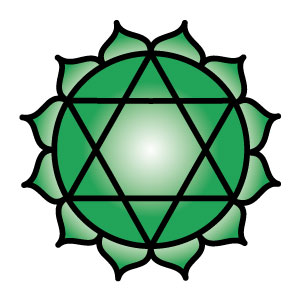 The fourth primary chakra is the heart chakra.

The heart chakra is located at the center of the chest, at heart level.  The colors associated with the heart chakra are green, representing healing and balance, or pink, signifying unconditional love and compassion.

Governed by the thymus gland, the heart chakra looks after our heart, upper back, lower lungs, blood, circulatory system and the skin.

The heart chakra is about unconditional love, connection, acceptance, transformation and powerful healing.  It is the center of compassion, love, group consciousness and spirituality associated with a “oneness” with “all that is”.  It balances and bridges between the lower three chakras and the upper three chakras. 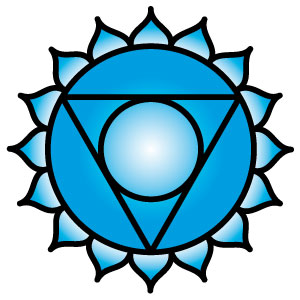 The fifth primary chakra is the throat chakra.

Governed by the thyroid gland, the throat chakra looks after our neck, throat and jaw, vocal cords, respiratory system, alimentary canal and arms.

The throat chakra is our communication center, thus giving us our ability to verbally express ourselves and to be able to have open, clear communication of feelings and thoughts.  Ability to release.  It is the gateway to the Higher Consciousness and the gateway through which the emotions contained in the heart pass, to become balanced and harmonized.

The sixth primary chakra is the third eye chakra, also known as the brow chakra.

The third eye chakra is involved with our intuition and our inner seeing, our higher consciousness, emotional and spiritual love center. 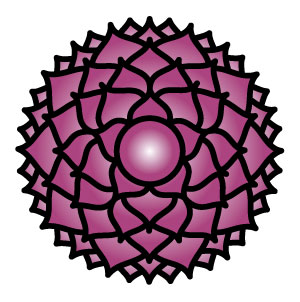 The seventh primary chakra is the crown chakra.

The crown chakra is located at the crown of the head.  The colors associated with the crown chakra are violet, representing enlightenment, or white, signifying purity, perfection and bliss.

Governed by the pineal gland, the crown chakra looks after our cerebrum (upper brain) and right eye.

The crown chakra is the center of an individual’s spirituality, enlightenment, dynamic thoughts and energy – our very essence.  It allows for the inward flow of wisdom from the ethers and brings the gift of cosmic consciousness.  When stimulated and clear, it enables one to see the truth concerning illusory ideals, materialistic pursuits and self-limiting concepts.  It further allows one to experience continuous self-awareness and conscious detachment from personal emotions.

Be the first to know about new products and exclusive offers.

Everything is backed by our 30-day money back guarantee!

We promise to treat you like one of our own. Thank you for supporting our small family owned & operated business!

All of our products ship quickly and safely from NJ. Please enjoy free shipping on all orders over $35!